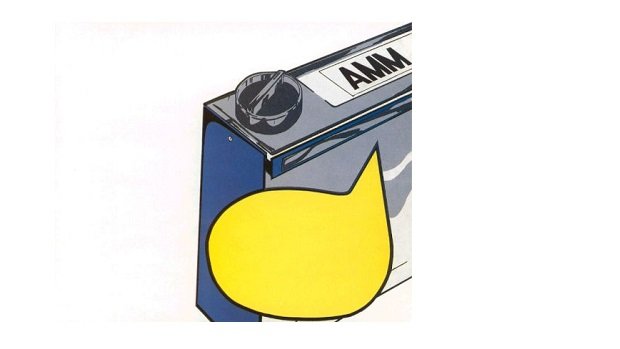 For our 50 Things series, guitarist and composer Edward Williams re-encounters the shock of The Crypt, a raw and legendary live recording by UK improvisation group AMM.

This record came out just over 50 years ago. That is nuts.

Fifty years is a very long time, in any terms aside the geological. AMM's The Crypt is a legendary recording for anyone touched by experimental, avant-garde, and underground music today. Like all artistic milestones, it not only impresses by its continuing influence but by its continuing force of being that makes you double-check it really was created such a long time before anything similar.

AMM as a group is, in the best sense possible, similarly prehistoric. Formed in 1965, they had only had a couple of years of experimentation before the Crypt session, but founding members Eddie Prévost, Keith Rowe and Lou Gare were already making free-jazz audiences of the time seriously reconsider the limits of their own radicality.

I'm wary of euphemistic and overenthusiastic adjectives to describe experiences like performances and recordings, and words like authentic, ethereal, and raw might be some of the most tempting to use and the most confusing. But how else to rationalize such an experience as experimental music performance? Its very nature is ethereal - or is it ephemeral? - in that it's one of only a few successful methods humans have found to transcend everyday experience; the best performances often resembling a purgatorial distillation process of religious rites, sexual volatility and subliminal fantasy.

I'll try to avoid authentic and ethereal (didn't I just say purgatorial?), but if there's one word that I might excuse to sum up AMM's The Crypt, it's raw. That holy grail of underground aesthetics, rawness, is present in every grating echo and serene siren song discernible in the maelstrom that is this recording. This is, may I remind you, FIFTY years ago. There's scraping, screaming, ambiguous rattling, contributing to a cacophony of feedback (feedback! in the 60's!). All common fare nowadays - go to any performance of music roughly within the 'free improvisation', 'experimental', 'post-free-jazz' or even 'noise' categories today and you'll find the hallmarks of what AMM has been so influential for:- everyday instruments (especially saxes, kits, guitars, cellos, as in The Crypt) being distorted beyond recognition through extended techniques; everyday objects' musical souls exorcised through contact mics; electronics simultaneously swirling in the background and creeping into your eardrums' inner reaches. But this recording dates from June 12, 1968. The Beatles hadn't even broken up yet.

Speaking of which, how did audiences react to this kind of thing? Paul McCartney apparently went to one AMM session and said it was too long. Who doesn't feel that after their first improvisation session, looking around thinking "is everybody here seriously into this?" And that's nowadays, after decades of digesting Ornette Coleman's Free Jazz, myriad electronic musics, and all things Zappa. Imagine it over fifty years ago.

From a 2019 standpoint, this would still constitute a difficult, protracted listening session for even a seasoned audience - but that makes me so much happier than to think that something this remarkable should dilute with time and habit. It just goes to show how valuable this record is as an early leap into the rabbit hole of artistic exploration – one we're still hesitant to follow.

Edward Williams is a guitarist, harpsichordist and composer active in the experimental music scene in Marseille, France. He's helped found free improvisation outfits Heard Of Bears, TANDEM trio, and Le Grand 8 Ensemble, and tours Europe and North America with these and other projects. He runs a podcast, Echo Chamber, on experimental music, and translates texts for electroacoustic music publisher Maison ONA.