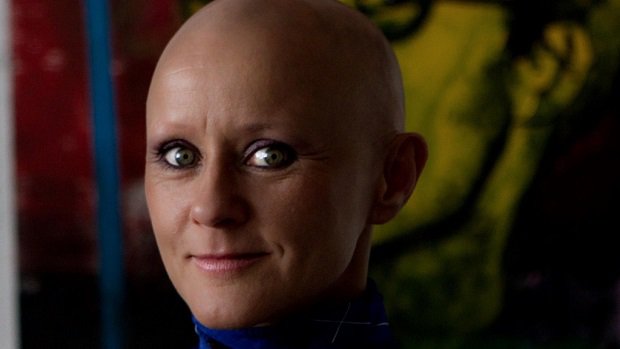 For our 50 Things series, author Tim Rutherford-Johnson reflects on Alwynne Pritchard's Craw and the role of publishing and the internet in the lives of contemporary composers.

Going by the date of composition, it must have been summer 1997. That makes me 19, in the back of my parents’ car on the motorway home from somewhere. It was night and, as usual, Dad had Radio 3 on. I was drifting into a trance, watching stripes of light and shade move across the inside of the car from the streetlamps outside.

And then this piece. (I don’t think I’ve heard it since, so I’m relying on an old memory.) It seemed comprised of dense webs of sound, but faltering and cut into short bursts, like shredded Ligeti. Each one had a slow inevitability, like the slow tread of some strange insect, before it dissolved into an unpredictable cloud. It was utterly captivating. I was already in love with twentieth-century music, circling broadcasts of Bartók, Messiaen and (more rarely) Stockhausen in the Radio Times every week, but I hadn’t heard anything like this. Even if my memory of its details have corrupted over time, that ear-opening impact hasn’t – it showed me a kind of music I didn’t know existed and made me hungry for more.

I next encountered Craw as a score: in 1999 in the bright yellow binding of the BMIC’s New Voices scheme. It was on a table in the Queen Elizabeth Hall foyer, a promotional stand set up during the weekend-long State of the Nation festival of new British music. As part of that festival, I remember, the late Steve Martland gave a talk – a clarion call, really – on behalf of self-publication. Desktop music publishing had recently become a high quality, affordable option. Despite its high demands, Martland made a passionate case for the benefits, even necessity of self-publication for the contemporary composer; still quite a novel idea. New Voices, launched only that year, its stand just metres away from where Martland was holding forth, was a formal initiative by the BMIC to give a large number of unpublished (perhaps even unpublishable) composers the support that a publisher might, without having to clear the high barrier of publisher acceptance. In 2003 it acquired a sibling, Contemporary Voices, for composers who were a little further on in their careers. Between them the two schemes went on to help more than thirty composers. As well as Pritchard they included Joanna Bailie, Laurence Crane, Tansy Davies, Bryn Harrison, James Saunders … not a bad prediction of the bits of British new music twenty years later.

In 1999 we were still getting used to the internet. Few had yet recognised its potential as a channel for musical self-publication – and hardly anyone yet had the bandwidth to deal with downloading large pdfs or streaming live recordings. So things were still handled on paper, and bright yellow bindings worked as well as any. Within a few years, however, the web had swallowed the world, and schemes like New Voices – for all that they had provided an essential early support for a generation of British composers – perhaps started to look anachronistic. It is interesting to see, though, how many of those who were helped by the scheme have remained outside the ‘mainstream’ publishing environment, often, like Pritchard herself, finding alternative means of support through artists’ agencies, residencies, and informal networks. I can’t speak for the relative financial rewards and security of such systems, but the music that is produced is endlessly varied and exciting. Craw was a musical revelation for teenage me, but more significantly it represents a transformative moment in the economy and ecology of British new music.

Tim Rutherford-Johnson is author of Music after the Fall: Modern Composition and Culture since 1989 (University of California Press) and editor of the Oxford Dictionary of Music, 6th edition. He blogs about contemporary music at johnsonsrambler.wordpress.com.