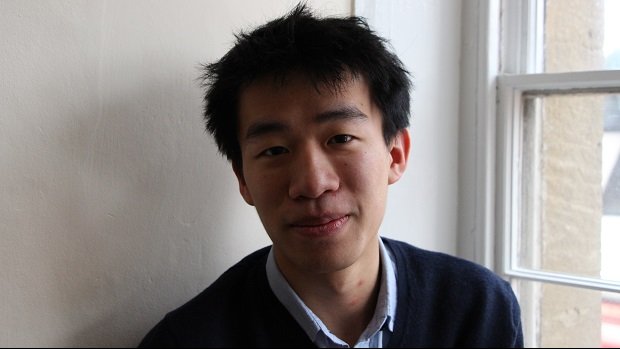 Performer, composer and Sound and Music team member Reylon Yount on the music of Alex Ho, for our '50 Things' series.

Alex Ho is an innovative young composer working at the intersection of contemporary Western and Chinese musics. Born in London to parents from Hong Kong, Alex pursued classical training in performance and composition for most of his life. I was lucky enough to meet Alex through a mutual friend in 2017. I was inspired by his interest in exploring conceptions of Chinese heritage through music, which resonated with, but also differed from, my own experience as a Chinese American playing the yangqin (a Chinese percussive string instrument) in the U.S.

When I arrived in London last year, Alex and I met up, had a conversation, and decided to collaborate. I was delighted to work with someone on creating a new piece for solo yangqin. Even in China, the yangqin is hard to come by, and many composers have never heard its sound before. As a result, there is not much contemporary repertoire written for the yangqin, and the existing repertoire often doesn’t take full advantage of the instrument’s sonic capabilities. We had the intention of unlocking some of this potential.

In the beginning, our intentions weren’t matched with intuition. The first time I played something Alex had written, neither of us felt particularly excited by the way his figures sounded on my instrument. As we dwelled on mixed feelings, I decided on a whim to show him a fun technique I had discovered the other day: I played a tremolo on a note from one end of the strings to the other, continuing across the bridge that supports the strings (thus switching the tremolo into a different pitch), and ending at end of the strings where the sound became atonal. After hearing this technique, Alex paused, then said, “I think I’m going to re-write the whole thing.”

From that point on, our collaboration flowed beautifully. Prompted by the sound of this technique, Alex composed a fascinating piece called “Rituals and Resonances,” inspired by the paradoxical sense of nostalgia experienced by people who live far away from their place of origin. The piece is like nothing I have played on the yangqin before, and yet there was something that felt incredibly organic about it as I learned it. I suspect this is rooted in Alex’s remarkable openness to the creative freedom of the performer. On multiple occasions, I asked him how he would like something to be played, and he would say it was up to me. This kind of generosity was incredibly refreshing and inspiring. It enabled me to step into the piece more fully and feel that it was something we shared rather than something of his that I was delivering. I was also struck by the resourcefulness of Alex’s composition. He incorporated various extended techniques into the piece, such that playing it requires using the entire body of the instrument, but he never did this in a heavy-handed way. He composed just enough to convey an idea, and no more.

The final result, captured with care in a recording at Abbey Road Studios, possesses a remarkable elegance ­­– contemplative at some moments, jarring at others, and incredibly thoughtful throughout. I am deeply grateful to be able to continue collaborating with Alex, and I’m very excited to see what he comes up with next.

Reylon Yount is a performer and composer working primarily with the yangqin, a Chinese percussive string instrument. Hailing from San Francisco, Reylon grew up in a bicultural Chinese American household and trained in yangqin performance for sixteen years. He enjoys pushing the boundaries of what his instrument can do by performing contemporary pieces, experimental improvisations, and indie folk songs. He also works with Sound and Music.