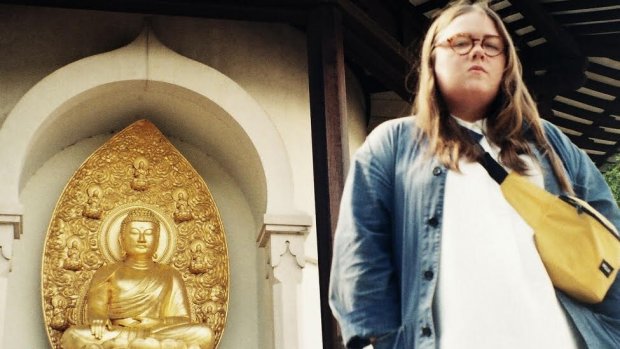 In this edition of our regular highlights feature, Sound and Music intern Tamaratare Amgbaduba explores 5 Jazz musicians from the British Music Collection

There’s a vast range of composers in the British Music Collection, so in this feature we’ve picked out a few connected individuals for you to discover. This edition, written by Sound and Music intern Tamaratare Amgbaduba, explores 5 Jazz musicians

The British Music Collection consists of a large variety of talented composers that I was fortunate enough to be able to discover and research during my work placement at Sound and Music. Listed below are a selection of five composers who’s works showcase the outstanding talent within the jazz scene! 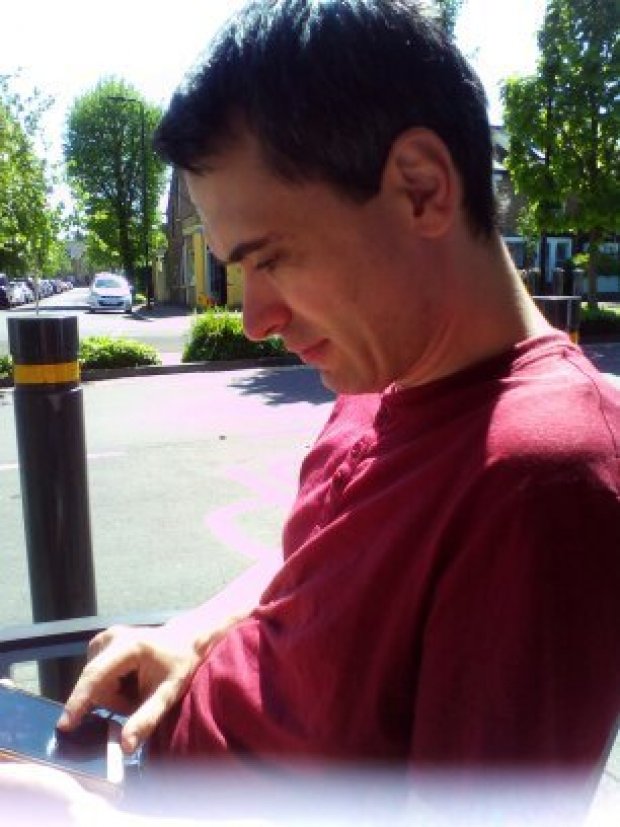 Guido Mallardi is an exceptional pianist born and raised in Italy. He studied at the Conservatoire de Fermo on a scholarship in 2000 and later studied at the Conservatoire de Milan. His work as a pianist continued when he became a member of Alexander Lonquich’s and Marco Di Stefano’s theatre companies where he also showcased his talents as an improviser, composer and actor.

During his journey as a composer-musician, he upheld the concept that any musician (trained or untrained), as well as musically uneducated people can compose music of a high standard regardless of their musical ability and knowledge of theory. In 2012 he became the founder of Accademia Professionale di Musica, a school where he developed this technique Brainarm Full Compositional Coaching. This is his way of empowering gifted individuals who may not have the best musical knowledge or no knowledge at all.

"A Sweet Call" is Guido Mallardi's first release from the work in progress collection "Prophandances", presenting a brand-new style called "Molecular Jazz". This colorful, bizarre, iconoclastic, rhythmical, rhapsodic, highly contaminated jazz music, treats popular genres such as acid-jazz, deep house, lounge, fusion, funk, latin and grunge as if they were classic large forms. It hold pretty much the same point of view as Chopin, Janacek, Bartok and Kodaly had towards contemporary folk music of their own respective countries. Yet, here the "country" is the world, with its huge variety of pop musical genres...Despite it being considered "jazz" music, 'A Sweet Call' is entirely written, and the main influences come from Jamiroquai, Ravel and Ligeti. 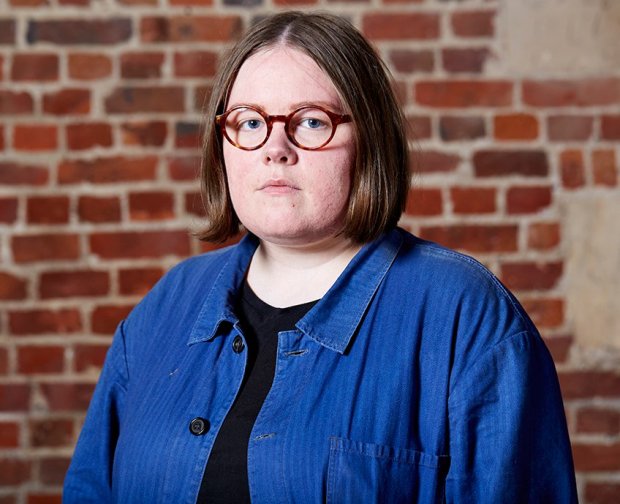 Emma-Jean Thackray produces pieces of musical work that really captivate the listener. She has had a tone of experience within the music industry, from becoming an RBMA alumni to working as a trumpeter in a quartet and even hosting her own show on Worldwide FM working with the London Symphony Orchestra. Thackray also found herself at the top of Gilles Peterson’s list of artists he is most excited for in 2018.

Her experience as an award-winning composer, producer, arranger, mutli-instrumentalist, singer, bandleader and DJ have all contributed to the creation of her pieces. The piece “Red Rush” was composed for a jazz ensemble. Thackray also played, produced and mixed this piece as she has done with the majority of her other compositions. Additionally, the piece “Suck My Left One” which was released in her 2013 EP, has an aggressive and potent air, which contrasts to relaxed nature of “Red Rush” and unveils her exploration of emotion and moods within her works.

It may come to a surprise that a young composer such as herself has such a well-established musical identity and creates a sound that truly defines her musical persona. 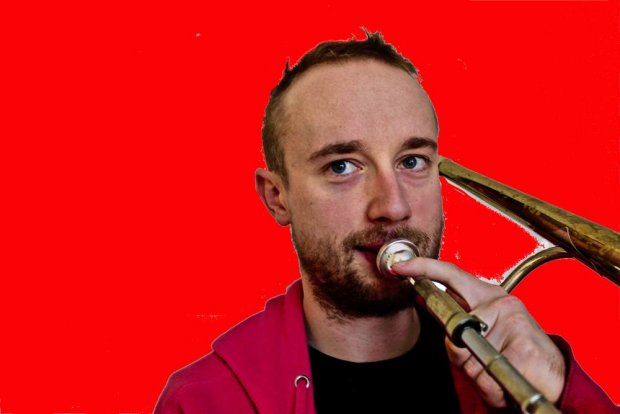 Alex Paxton is a jazz musician, improviser and composer who explores the elements of jazz and folk music traditions to create a unique musical voicing. Some of Paxton’s achievements include being elected as the 9th International Composition Seminar 2019-2020, being awarded a commission with Iolli-Pop and winning the Dankworth Prize for Jazz Composition. His most recent achievement is being awarded a London Philharmonic Orchestra Panufnik Composer in 2020.

Paxton studied at the Royal Academy of Music and graduated with a bachelors and master’s degree under the supervision of many gifted professors such as Sir Peter Maxwell Davis, Jonathan Cole and Mark Anthony-Turnage.

As well as Jazz, Paxton has written a total of six operas. His work “For the Love of Thornstien Shiver” was hosted by the English National Opera and Helios Collective whilst his piece “Raven’s Child” was played by the popular musician Jacob Collier and an accompanying orchestra.

His piece “Od Ody Pink'd - Concerto for Jazz-Musician & Orchestra” is an expressive jazz piece with an abundance of chromaticism, exciting motifs and complex rhythmic and structural choices. The juxtaposition between moods of excitement and melancholy remain intense throughout, adding to the agitated and boisterous embodiment of the 10-minute piece. 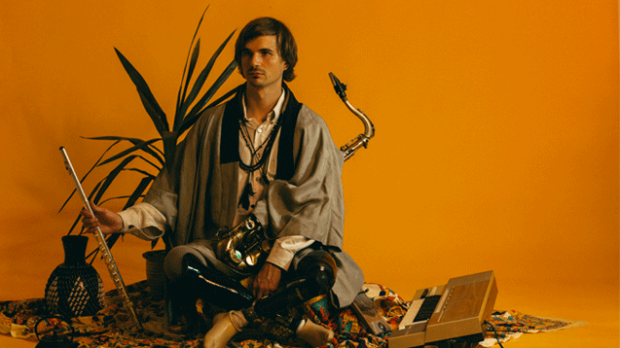 Peter Beardsworth is a remarkable saxophonist, composer and producer based in the Midlands. In 2009 Beardsworth received his Music Bachelor’s degree (1st class hons) from the University of Nottingham and later received his DipABRSM in 2013.

Beardsworth works with the likes of Running Circles music label as well as many independent artists such as Yazmin Lacey to create music which emulates the jazz scene. One of his older pieces of music “Purify”, which was released in 2016, is arguably one of his best jazz pieces has the exploitation of electronics and found sounds both from human and environmental sources elevates the listening experience and adds curiosity to the music. The whole vibe of this piece is soothing and invites a ‘groove-like’ movement.

Peter's British Music Collection profile and work can be found her

Iain Ballamy is a recording artist, saxophonist and composer who has had many successes as a strong jazz musician. As well as a jazz musician, Ballamy has written some incredible classical pieces to add to his repertoire.

Recognised by the BBC’s publication of 100 Jazz Greats, as well as being presented with the BBC Jazz Award for Innovation in 2001, Ballamy made a strong impact within the jazz scene and his music stretches across the globe! In 2007 he was presented with the highly prestigious Paul Hamlyn composer’s award where he happened to be the first jazz musician to have received the award.

Ballamy’s musical works individually have a uniqueness which is provided through the instrumentation and timbre of the music. However, one piece in particular, stood out as an incredible jazz work. The piece “Body and Soul” is vastly different in comparison to the aforementioned jazz pieces as his musical style, demonstrated in this piece, has some folk-like elements as well as resembling the likes of classic jazz. The imaginative harmonic choices were what stood out the most within this piece in addition to the idiomatic use of the saxophone and button accordion, played by Stian Carstensen.

The button accordion is not commonly used within contemporary jazz; the timbres within this piece working in conjunction within the harmonic elements to provide a rareness and distinctiveness that modern music listeners may not have encountered before, making the piece exciting to listen to.

By Tamaratare Amgbaduba. Tamara is an Liberal Arts Undergraduate at the University of Nottingham, specialising in music production.