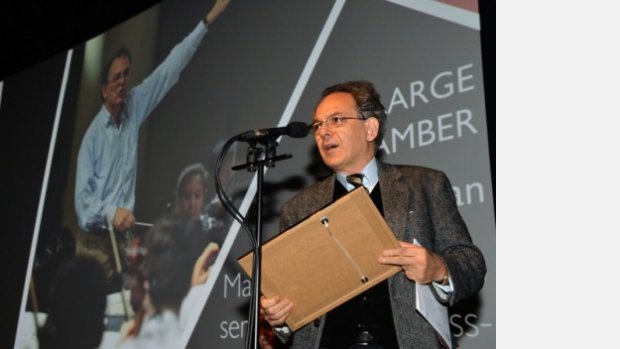 Sinan C. Savaskan (b. 1954) is a composer of orchestral, chamber and other performance arts-related contemporary music. He works and lives in London.

Since the early 1980s, Savaşkan’s music has brought together the two previously unrelated strands of his activities and compositional concerns: an interest in high level organisation and a seemingly contradictory commitment to total spontaneity. Features of his earlier highly structured notated compositions, and his past work as an improvising musician are combined in a constructivist context – largely based on a personal compositional method of tonal/contrapuntal/formal logistics.

Although complex in its structural planning and detail, Savaşkan’s music is considered by many well-known critics to be emotionally highly charged; direct in its expressivity, textural clarity and surface immediacy.