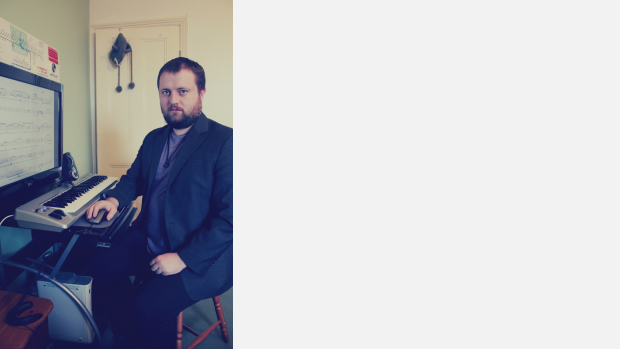 Ben Gaunt (born 1984) studied for a Bachelor’s and Master’s in Composition at the Royal Northern College of Music with Adam Gorb and Paul Patterson. He was awarded the Edward Hecht Prize for Composition during his second year and his Master’s was kindly funded by The Countess of Munster Musical Trust. Ben recently completed a PhD in Composition at The University of Sheffield studying with Dorothy Ker and George Nicholson, where he won the ‘A Boy Was Born’ Britten Festival Composition competition, and was awarded The Gladys Hall Scholarship. He has received additional private lessons with David Horne and Michael Finnissy, and been mentored by Alwynne Pritchard and Ian Gardiner.

Ben has participated on the European Composer’s Professional Development Programme, Sound and Music Portfolio scheme, Britten Sinfonia OPUS2014, Sound and Music Next Wave, and has been selected as a member of the LSO Soundhub, which will result in a new work for musicians of the London Symphony Orchestra.

Alongside fellow composers Eve Harrison and Steven Jackson, Ben co-founded the ensemble Sounds of the Engine House, which toured the North of England in 2013 and 2014, funded by Sound and Music, and have curated events at Huddersfield Contemporary Music Festival, the Bridgewater Hall and Tête à Tête: The Opera Festival.

Ben has completed a PGCE at Manchester Metropolitan University, worked at Hampshire Music Service as a Visiting Music Teacher in Keyboard and Composition, and delivered seminars in Harmony, Theory and Composition at The University of Sheffield, for which he was shortlisted for Postgraduate Teacher of the Year. Ben is a Senior Lecturer at Leeds College of Music. 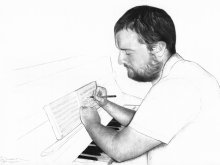